Geranium, the 10 most awesome types The geranium is a perennial with a long flowering time. Geranium is the botanical name and common name of the Cranesbill. There are over 600 species and varieties. Crane’s-bills come in all colors except yellow and orange. The petals are beautiful and often have delicate lines or spots.

About the Geranium flower

Geraniums are fuss free and generally disease and pest resistant. They require minimal maintenance and, in most cases, are easy to propagate by division. Are you ready for your geranium flower? Consider the choices when choosing a cranesbill.

The perennial geranium is a type that can grow in any place and is available in many varieties. If you know where and when the Cranesbill should grow and bloom in your garden, you’re ready to make your choice. Let me introduce you to some well-known geranium types:

Geranium Rozanne blooms from May to November. This type is a well-known, hardy, Cranesbill that you can find at many garden centers. The Geranium Rozanne flowers profusely and for a long time with blue-purple flowers. Its flowers have a diameter of approximately five centimeters. Furthermore the height of the plant is 30 centimeters tall, and the flower is about 40 centimeters tall. Crane’s-bill Rozanne likes a spot with nutritious soil in the sun or partial shade.

The Geranium Macrorrhizum is commonly known as the Bigroot cranesbill. It’s a ground covering evergreen Cranesbill provided the winter is not too cold. It prefers a spot in the sun or partial shade and if you rub the leaf of the Macrorrhizum between your fingers, you can smell a lemony scent. Geranium Macrorrhizum is not picky about the soil. The flowers appear from April to July and the colors vary from white to purple-red and everything in between. Crane’s-bill Macrorrhizum reaches a height between 25 and 50 centimeters tall.

The Spessart variety among the Macrorrhizum species is well-known and its flowers are very light pink to white. In short the heart and stamens of the flowers are pink and the full-grown height of the plant is 30 centimeters. In the fall, the leaf turns a beautiful red.

Geranium Sanguineum is known under the common name Bloody Crane’s-bill. The color of the small flowers is carmine red and depending on the location, the height varies between 20 and 40 centimeters tall. This Geranium Sanguineum is a very long-flowering cranesbill, that is to say the flowering can start as early as May and last until well in September. Cranesbill Sanguineum has few demands on the soil type and prefers a spot in the sun or partial shade.

The complete name is Geranium Cantabrigiense Biokovo, but it is commonly referred to as the cranesbill Biokovo or the geranium Biokovo. This semi-green ground cover plant can grow about 20 centimeters tall and it really brightens up your garden with its exuberant inflorescence in May, June, and July. The flowers are white with light pink. In autumn the aromatic foliage turns red. Note that some Crane’s-bills Biokovo remains green and survives the winter. After the winter you cut off the withered and bad leaves and the plant sprouts fresh green again.

A frequently used perennial garden plant is the Geranium Johnson Blue. A cranesbill with bright blue flowers that grows to about 40 to 50 centimeters high. This Geranium Johnson Blue is a good ground cover that likes a sunny spot or a spot in partial shade. The bright blue flowers have a white center and white lines across the petals. The stamens have a dark end. If you notice yours doesn’t have dark ends it’s probably because bees or butterflies visited the cranesbill. Cut off the spent flowers to stimulate flowering.

Geranium Endrissi is commonly known as the Endres’s cranesbill. This variety has a long and rich flowering time. To clarify, the flowers are numerous, relatively small, and light pink. In mild winters, the Endressi keep its leaves. The plant reaches between 40 and 50 centimeters high. Crane’s-bill Endressi flowers from June to September.

Geranium Nodosum is commonly known as the knotted cranesbill. This variety grows well in the shade, but also partial shade and sun. The height of the plant is approximately 30 centimeters, the flower is slightly higher. Small lilac-purple flowers appear in July and August. Like most species, this cranesbill is not evergreen, but hardy.

The Geranium Azure Rush is a long-flowering exuberant cranesbill, which blooms from May until well into October. The striking color of the flowers is lilac-blue with a white center. Crane’s-bill Azure Rush likes a sunny or semi-shaded spot in your border. The height the Azure Rush reaches is between 30 and 40 centimeters. It is not evergreen, but hardy.

The low-growing Ballerina has a pink, lilac-flowering strikingly marked appearance. The white petal is striking because of the lilac-pink veins that run down the leaf from the dark heart. The height of the plant is 15 to 20 centimeters. The flowering time is in the period May, June, and July. With very good winter hardiness this low variety is very suitable for along the edge of a border or in the rock garden.

The Geranium Phaeum is commonly known as the dusky cranesbill. It’s a dark-colored cranesbill that blooms from May to August with dark purple, blackish flowers. The plant reaches a height of about 60 centimeters. Crane’s-bill Phaeum requires a somewhat nutritious soil and a spot in the sun, partial shade or shade. 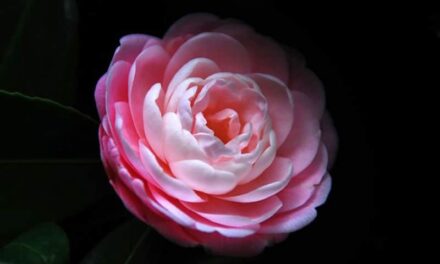 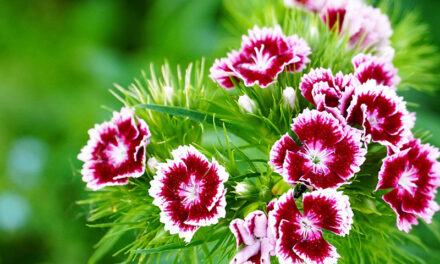 Carnation flower, a list with the 11 most beautiful types 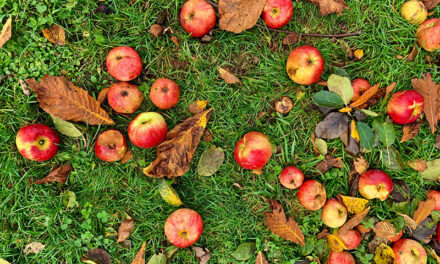 Apple tree varieties, which one do you pick?