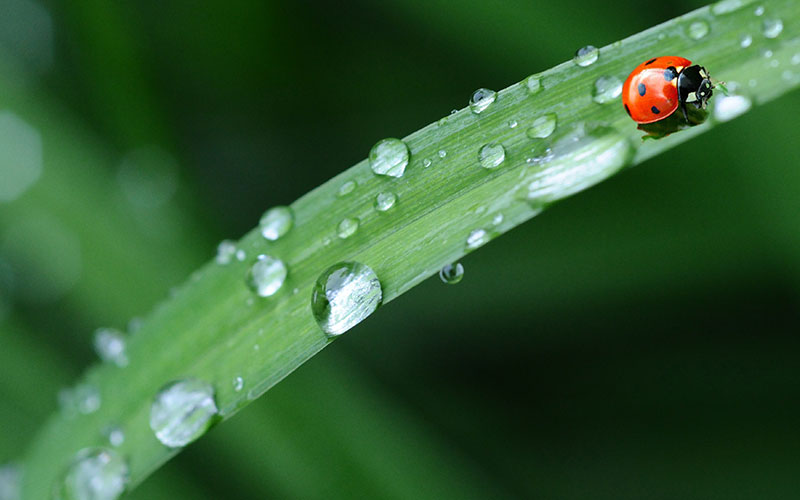 Did you know that a ladybug can fly up to 60 km per hour? It can move its wings up to 85 times per second. That is almost faster than you can see with the naked eye.

1| What does the larva of a ladybug look like?

A ladybird larva hatches from the egg after about 2 to 10 days. The first larvae to hatch immediately start eating. They eat whatever they encounter, yes, that’s their unborn brothers and sisters too. When it has ingested enough food, the larva is ready to pupate. It first goes from a black larva with orange spots to a yellow pupa. Then a beetle is formed in that yellow doll. This young beetle is yellowish-orange. The dots are not yet visible. The shield on the back of the beetle becomes harder and harder, orange in color, and the characteristic dots appear. After that, the ladybug is as we know it.

Eggs from a ladybug

The eggs of a ladybug are attached to the downside of the leaf. At first, they are yellowish, after a few days some of the eggs turn dark in color. After a few more days, bugs will emerge from these dark eggs. The light-colored eggs are unfertilized and intended as food for the born larvae.

2| How do you attract ladybugs?

There are several ways to attract ladybugs to your garden:

3| What does a ladybug eat?

The ladybug is a great help in your garden. Its main menu consists of aphids. It can eat thousands of aphids in its lifetime. In addition to aphids, the ladybeetle also eats spider mites, mealybugs, and other small insects that are harmful to plants.

4| Where can you buy Ladybugs?

If you suffer from aphids, check out our article about Aphids. The ladybug is the natural enemy of the aphid. They can eat thousands of aphids in a month, especially in early spring, when the young are still growing. The larvae of the ladybeetle are for sale at specialized stores. When you receive the bugs, hang them in special boxes or paper bags scattered throughout the plant in which the aphid is spreading. The larvae will feed on the aphids, allowing your plant to recover.

5| Can you grow ladybugs yourself?

The mating season of ladybugs is mainly in the spring when the weather gets warmer and sunnier. The eggs are laid in groups on leaves. After about 2 to 10 days the eggs hatch. If your garden is a good environment for the ladybeetle, meaning there is enough food (aphids) and enough places to stay warm and dry, the ladybeetle will reproduce.

You can also grow ladybugs in a terrarium. Place the bugs in a closed container with air holes. Have a male and a female. Provide a lot of food: read aphids and an environment that is as natural as possible. Provide a sheet or pieces of paper on which the female can deposit her eggs. To hatch the eggs, you must ensure a high humidity level, so put a damp cloth on the air holes every day.

It’s recommended to put crumpled pieces of paper on the bottom of the tray. The larvae will crawl between them, which makes it easier to release the larvae in your garden. You can keep a few larvae in the breeding tank to monitor the process. However, don’t keep them all in there, because you have the chance that they will eat each other.

6| What types of ladybugs are there?

Worldwide there are more than 700 species.

The Asian bug is not native in Europe but brought to Europe to control aphids. The bug is now well established. Unfortunately, it turns out that it doesn’t only eat aphids, but also plants.

There are many numbers of spotted ladybeetles known, the ones I encounter in my search are the following:

The dots don’t reflect the age of the animal but are useful to recognize the breeds. A ladybeetle can live up to 1 year.

In addition, there are also ladybugs named after their number of spots, hairy and brown ladybeetles. The ladybeetles are also named after the plant where they like to stay, for example, the Willow ladybird and the heather ladybird.

A ladybug secretes a yellow-orange liquid at its “knees” when it feels threatened. This liquid is called hemolymph and keeps enemies at bay. The liquid makes the attacker very nauseous when they taste this. This natural defense ensures that birds and spiders change their minds and go look for another snack. This secretion can be poisonous to small animals. It’s not toxic to humans in these small amounts.

If Ladybugs are very hungry, they can indeed bite. However, they rarely will.

9| How do I make a hotel or house for a ladybug?

In the cold winter months, the ladybug looks for a place to hibernate. It loves to crawl between old withered leaves or behind the bark of a tree. He also uses cracks in posts or plants to keep warm. Another option is to hang a so-called winter hotel in your garden. You can make or buy these yourself.

The ladybugs look for a place to hibernate in the autumn. When they find a place, they gather. This can be a warm place in your home. During the winter, the ladybeetles do not eat and will not cause any damage. They can produce an unpleasant smell.

To prevent them from hibernating in your home, keep your windows and doors closed when you see a swarm of ladybugs. You can also cover grids and ventilation holes with fine mesh. Native ladybeetles are legally protected species. So you cannot fight them with insecticides. The best thing to do is to sweep them up, collect them, and release them in nature. 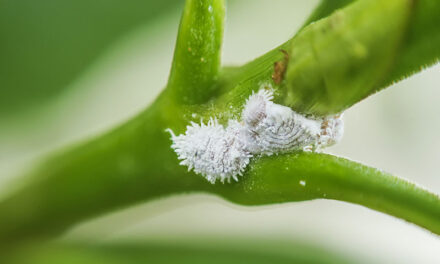 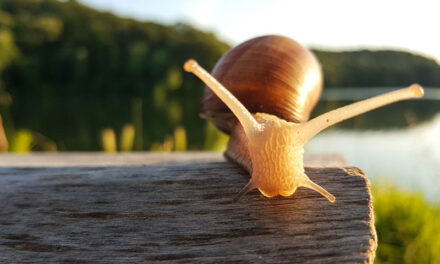 Snails, How to get rid them? 8 tips 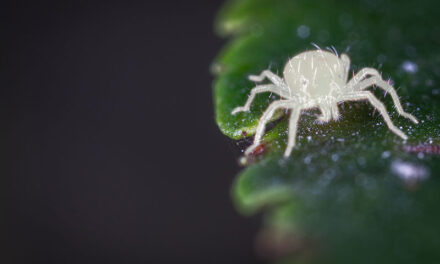 Spider mites, What are they, and how to get rid of them 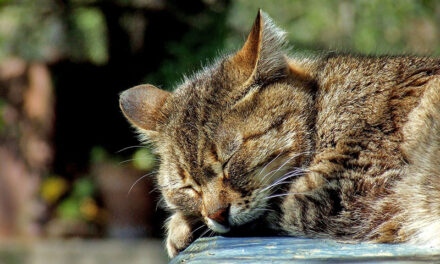 How to keep cats in your garden, 6 ways